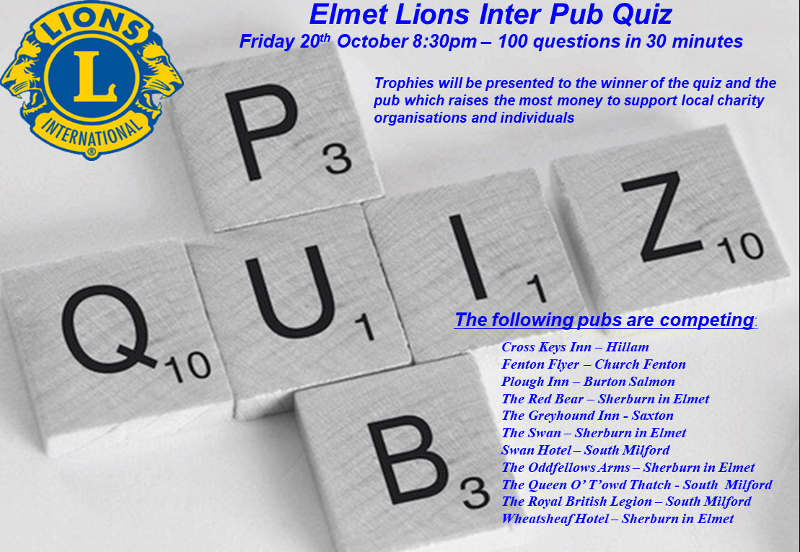 On the 20th October, 2017 eleven pubs took part in our Inter-pub quiz, where the same 100 questions were asked in half an hour and the winning pub answered the most questions in the shortest time.

The Cross Keys at Hillam were the winners and were awarded a trophy.

The pub which raised the most money for the club’s charity account also received a trophy.

Does your pub want to take part? Make a note to contact us next September.